La'Cee Conley
La'Cee Conley is an experienced international intellectual property attorney and owner of Conley Consulting & Portfolio Advisors. After earning Bachelor degrees in physical chemistry and in neuroscience, she earned her Juris Doctor and Master of Law at Drake University, specializing in international intellectual property and international law. She completed her Master of Business Administration at Iowa State University. She currently specializes in patents, trademarks, and copyrights around the world relating to chemical, nanochemical, small molecule, biological, neurological, pharmaceutical, oil & gas, and general mechanical applications.

​Vanessa Figueroa is the co-founder Lash Love Beauty Bar in Des Moines, Iowa and has quickly grown her business by bringing L.A. lash treatment to the Midwest with YUMILashes! While visiting L.A., she stumbled upon YUMILashes and saw that the end result was unlike anything she had seen before. Her business grew quickly and moved from a studio to a beautiful salon with 6 artists within a year! She was the first to bring the revolutionary YUMILashes treatment to her state and it is now the number one requested service at her salon. People from all over the Midwest travel to get their lashes done by her and see results like no other! 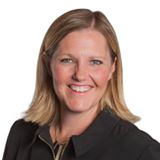 Christy Jones
Christy Jones, Owner of R Jones Collision 1 has been helping customers through the collision claim
process since 2001. Christy is a second generation owner, who bought the business from her Father
and Uncle in 2015. As someone who has grown up, worked in, and purchased a family owned
business, Christy brings a wealth of knowledge to her employees and customers each day. She
serves as an ambassador for her customers. She takes a hands on approach by educating them
about the collision repair process. Christy can sum up her dedication to collision repair with this
service statement: Our customers feel safe and secure trusting their vehicle to the care of our
knowledgeable employees who produce quality repairs. We write it right, fix it right and bill it right. 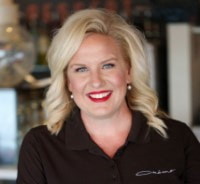 Christina Moffatt
Christina Moffatt - Founder of Crème Cupcake + Dessert. After working for 10 years in corporate U.S.A., Christina decided she was tired of seeing people with no happiness in their day. Her mission became to find what makes people happy. The answer, she discovered, was cupcakes and dessert.  A baker since she could hold a measuring spoon, Christina combined her culinary skills with her management and marketing experience to create Crème Cupcake + Dessert, which expanded from a home-operated bakery to a commercial kitchen in less than a year. From a dozen cupcakes for a single order to 2,100 desserts for the Vice President of China, or 4000 for a marathon more and more people around are turning to Crème Cupcake + Dessert to find a way to satisfy their sweet tooth...and find their own joy.A graduate of DMACC, Iowa State University and University of Toledo CBA Program, Christina not only owns and operates Crème Cupcake + Dessert and serves as the Director of Small Business Resources for the Greater Des Moines Partnership. She also devotes her time and talents to many local boards.Christina has won several awards for her business including DSM Top List for Best Bakery, Cityview’s Best Dessert, Sweet Equality Best Dessert, Runner up for the Iowa Mixology Competition and runner up on The Food Network’s Cupcake Wars. Christina has also been featured in Pastry & Baking North America in the Regional Showcase and Baker in Focus. Christina is also a Business Record’s 40 Under Forty, 2012 Deb Dalziel Woman Entrepreneur Achievement Award Winner by the Iowa Small Business Development Center for the State of Iowa, 2013 Woman of the Year by the Metro Women’s Network, 2015 Women Business Owner of the Year by National Association of Women Business Owners Iowa Chapter, 2016 Finalist for Iowa Women Entrepreneurial Innovation and Leadership Award by Technology Association of Iowa, 2017 Outstanding Alumni of the Year by DMACC, 2018 Ivy Women in Business Inspiration Award by Iowa State University, 2018 Greater Des Moines Leadership Institute Distinguished Leaders Community Vision Inspiration Award, 2019 40 Women To Watch by the Iowa Restaurant Association and Winner of the Character Award for 2020 Inspiring Women of Iowa by the Girl Scouts of Greater Iowa. 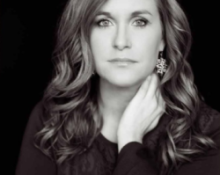 Memorea Schroeder
Memorea Schroeder, VP of HR at Central Iowa Power Cooperative​, has an extensive background in Human Resources in a variety of industries. In her current role, she leads a team responsible for the strategic direction, management, and development of the organization’s human capital. Memorea also works as an Executive Coach with Sarah Noll-Wilson, Inc where she helps create courageous space for transformation through one-on-one coaching relationships. Memorea earned her Bachelor of Arts degree in Business Management from the University of Northern Iowa and Master of Science in Adult Learning and Organizational Performance from Drake University. She is a Certified Co-Active Coach and a graduate of Leadership Iowa.